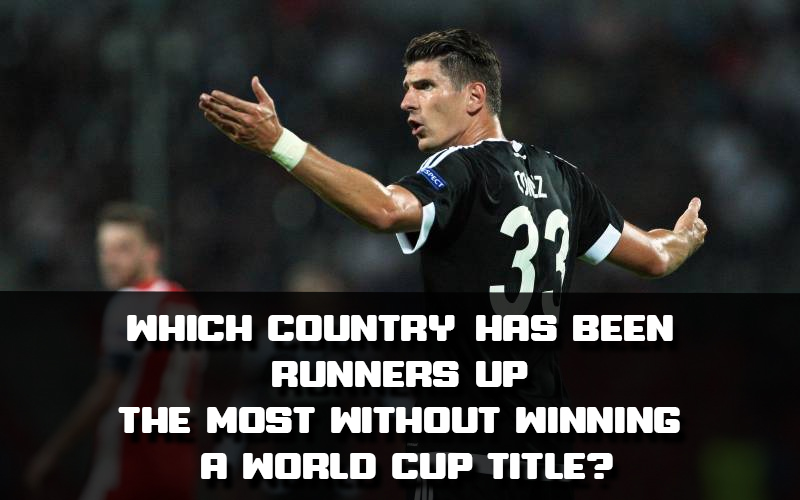 FIFA World Cup began in the 1930’s and today, is one of the most revered and popular football tournaments in the world. For any devoted football fan, the World Cup is like the holy grail of football. Occurring only once in every four years, the World Cup is hosted by a different nation each time and as national teams from round the world gather together to play in one of the most prestigious tournaments of all times.

The World Cup is not only a time for football fanatics to rejoice, but also a great time for punters and everyone involved in legal sports betting markets. Soccer tips begin to flow in from expert tipsters from days before even the first qualifiers begin in the tournament. No matter though how wonderful the tips, it is the very unpredictability that is at the very core of the game that is the reason it is such a hit in the betting market.

Three Time Finalists, No Cup Yet: The Strange Tale of Netherlands in the World Cup Tournament

Why soccer winning tips are so important can be understood from one look at one of the most surprising statistics offered up by a European national team- The Netherlands. Netherlands have had a strange stunt in the FIFA World Cup tournament ever since they started participating. They are the only team to have become finalists thrice without yet once having the title of World Cup champions to their name.

In 1934 and 1938, the first two years that they entered the tournament, they were knocked out at the round of 16 stage, securing the 9th and 14th position in the respective years. They did not apply to enter for the tournament in the next two years but after that, to everyone’s surprise, failed to go past the qualifying rounds for four times- in 1958, 1962, 1966 and 1970. The strangeness does not end here. In 1974, the next time the World Cup was held, they not only qualified, but became a finalist, securing the runners-up position for the first time.

With such a feat, everyone had every right to believe that they would win the World Cup in 1978, but once again, they became the finalist only to secure the 2nd position.

Given this statistic, how would you expect Netherlands to fair in FIFA World Cup 1982? Well, in 1982 as well as in 1986, Netherlands failed to qualify for the tournament once again. By now, you must have understood the importance of soccer winning tips to overcome the odds and unpredictability of the great game that is football.

However, Netherlands’ strange tale of World Cup journey does not end here. The national team did qualify in 1990, to bag the 16th position and went on to play in the quarter finals in 1994 and the semi-finals in 1998 when they were placed 4th. This steady progress would have made fans and bettors believe in only good things for the team in the upcoming 2002 World Cup, however, Netherlands failed to qualify once again.

In 2006 they qualified again, to only be knocked out at round of 16. The 2010 World Cup had another surprise in store for Netherlands supporters- the team went up to the finals and bagged the second position for the third time. In 2014, they kind of stuck to their good groove and won the third-place play off to bag the 3rd position. In 2018, in keeping with their strange route in the World Cup journey, they failed to qualify.

Scope for Betting in the FIFA World Cup Tournament

Bettors who play football betting markets rely on a large quantity of data and statistical analysis as well as reliable soccer winning tips for placing bets against the odds provided by bookies. As any seasoned punter can tell you, simply betting on your favourite team or national team is not a sure-fire way of winning any pots. The World Cup tournament involves a number of stages:

Those who wish to bet on Netherlands in the upcoming 2022 FIFA World Cup, have better keep their eyes on soccer winning tips so that they don’t end up losing their money on one of the most unpredictable teams to ever play in the World Cup tournament since 1934.